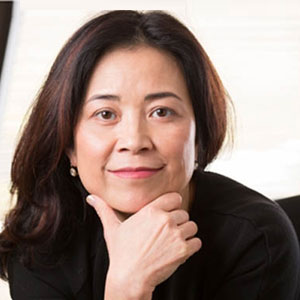 What significant changes did wireless sector witness in 2013? What did these changes mean to vendors and customers?

There were several interesting changes which shaped the Wi-Fi industry in 2013. The first and perhaps the most important, was the initial shipment of products supporting the next big thing in Wi-Fi, the 802.11ac standard. 802.11ac promises users “gigabit” Wi-Fi speeds amongst other benefits and certainly will be an exciting technology and growth driver for vendors in the coming years. Like most technology however, the devil is in the detail and actually it is going to be the later releases of 802.11ac – the so-called Wave-2 release in late 2014, early 2015 – which will really deliver on the promise that 802.11ac offers.

A second interesting change has been the rise of “social login” solutions for guest wi-fi networks. Many applications and web sites offer the ability to login using Facebook or Google credentials and 2013 saw this extended in many instances to free public access networks. In fact several new companies now exist on the back of this phenomenon. Social login for guest networks provides a simple method of authenticating a user. Based on the social login, meta-data about the users can be gathered from the social networks allowing the venue providing the free wi-fi access to gather details including things like age, gender, how often users return and to some extent preferences of their clients. This can be a hugely valuable marketing tool for the venue operator and exactly the sort of indirect monetization solution that public access networks require to ensure they can continue to offer the free Wi-Fi access which everyone wants.

What are some of the changes you had anticipated would happen in 2013 but did not happen?

Whilst 2013 did see initial shipments of 802.11ac based products, the roll-out has been more muted than some had predicted. There are really a couple of reasons for this. Perhaps the most important is that some of the wi-fi chipset suppliers pushed back the release schedule of their initial offerings delaying product to market for many vendors and causing several analysts to shift their 802.11ac adoption graphs 3-6 months to the right. Secondly, 802.11ac is going to be released in two distinct phases – what the industry is terming wave-1 and wave-2. The first iteration of wave-1 is what we have today and whilst it does offer some interesting benefits – especially from a consumer standpoint -  it is really the wave-2 products that will offer an enterprise the biggest benefit. Wave-2 products should be available sometime in late 2014 to early 2015. It is not possible to upgrade a wave-1 product to the wave-2 standard without replacing hardware. As customers come to realize this many of them are choosing to continue deploying 802.11n technology which of course as a mature technology will be more cost-effective than 11ac until the latter really ramps up the volume.

A second area that seems to have unfulfilled its promise and potential in 2013 is that surrounding Mobile Device Management (MDM). In 2012 and early 2013 the media was awash in articles and advice about the paradigm security shift that the explosion of smart mobile devices had created. MDM followed close on the heels of BYOD as the technology subject du-jour but has suffered the same fate – at least to date - as the NAC (Network Access Control) phenomenon from a few years back – namely that it is somewhat complex, there is no clear definition of what it should include and what it should not and as a result there is no clear ROI justification. There are companies out there being successful with MDM but the buzz has waned considerably.

Can you paint us the picture of how the landscape for wireless sector will change in 2014? What are some of the broader trends you are closely watching?

2014 will be the year when we start to see production Hotspot 2.0 deployments emerge. To the broader general public, Hotspot 2.0 is still a complete unknown but the benefit it will bring is huge. Today the free wi-fi networks at coffee-shops, shopping malls, airports, train stations etc. are separate islands of connectivity, each requiring their own manual login - and typically over an open and therefore insecure connection. Hotspot 2.0 will allow this multitude of wi-fi networks to be linked together like a patchwork quilt, providing an automatic login on a secure encrypted connection and transparent roaming from one network to the other. Hotspot 2.0 makes an “always connected” public access wi-fi experience a distinct possibility in the coming years.

Another trend we are seeing is the re-emergence of the “metro wi-fi” deployment. Perhaps we should call it Metro 2.0 after the shooting star experience of metro wi-fi deployments in the early years of the new millennium.  Like the return of the prodigal son, cities are once again turning to wi-fi with a sounder perspective on the business benefits it can bring. Cities like San Francisco and San Jose in California are drawing people into their city centers, public parks and conference venues with the lure of free wi-fi. Boosting the local economy in this way and also providing a metro infrastructure that can off-load services that normally go over the cellular networks (like wirelessly connected parking meters) offer a clear and sustainable ROI. The uptick in this business is set to continue through 2014 and dovetails very well with the emergence of Hotspot 2.0 mentioned earlier.

How would customer spend change in 2014 (for wireless sector)? What makes you think customers will be buying more/ less?

From a Wi-Fi perspective, customer spend is going to continue its upward trend. Regardless of the analyst firm you speak to, the expectation for growth is up and to the right, not just for 2014 but for the forseeable future. Wireless adoption and growth has been driven by the explosion of smart devices and that is not changing. Smart devices continue to become more and more accessible to lower income groups further driving the demand for wireless network capacity. In addition, the M2M and “Internet of Things” phenomenon will mean that the client count of devices connected to wireless networks will continue to increase at a spectacular rate further driving the requirement to build out the wireless infrastructure.

As a manufacturer, every year will typically see a slew of new products. 2014 will be no exception, but the added excitement for Ruckus is that we will be releasing new products and services that extend beyond our traditional wi-fi infrastructure hardware.

The first half of the year specifically will be very busy. Along with our first 802.11ac technology we will be launching our location services engine in the Cloud allowing both our own as well as third party developed applications to leverage the ability of a Ruckus network to pinpoint the location and movement of a client device in real-time. The opportunities for indoor location applications are almost endless – it is a very exciting time in this space.

In addition to that we will see the first deployments of new management tools that our service provider base has been crying out for. One of the major challenges for service providers is always the scale with which they do things. Solving the “carrier-class” scalability issue on the controller hardware side of the house has been something that has really helped set Ruckus apart from enterprise focused vendors over the years. However, the hardware is only one part of the puzzle. Providing visibility and identifying trends across Wi-Fi networks that might involve hundreds of thousands or even millions of Access Points is requirement as well. In Q1 we start rolling out our Big Data network analytics tools (SmartCell Insight) to address specifically this issue in large scale wi-fi deployments. We have not spoken to one of our carrier customers to date who does not want to test this product. Again…..an exciting opportunity for us to broaden our solution scope with our customers.

Pioneering the Future Through Technology Innovation

Assessing the Threats in Cloud Security