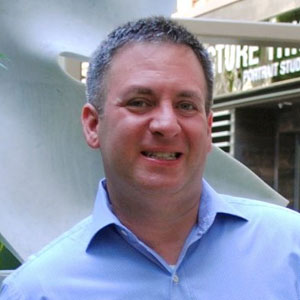 With the advent of The Internet of Things (IoT), an all encompassing phrase for devices or machines once considered M2M, wearables, smart accessories, and others. The ability of wireless carriers to keep up with growing network demands will be questioned. Their core business is still voice and SMS but they must be able to keep up with the billions of connections that will hit their networks in the years to come. 2015 will not be the year that networks fail due to the proliferation of IoT devices.

“Each year, new IoT devices hit the market and many of these will add to the future strain on the existing wireless networks”

What most people don’t realize is that many IoT devices send small blips of data over LTE networks that can handle many more connections then there are today. Your Fitbit sends bytes of data to your smartphone that in turn sends Kilobits of data to the network. LTE networks can handle megabits of data per second. Applications (Apps) are more of a danger to bandwidth constraints than IoT devices (with the exception of video devices which I am about to explain). Video surveillance devices such as cameras that ride wireless networks will be bandwidth hogs if not configured properly.

YouTube, Vimeo, Netflix, Amazon, and other streaming services consume large chunks of data as it buffers on your device. Movie downloads can consume 1-2 GB of data in an hour. The child in the backseat watching Netflix on mom’s or dad’s iPad can consume an entire month’s data allowance on one road trip. These services are not going away any time soon, in fact many more are gaining popularity from providers like HBO, Directv, and other home cable and TV services providers. You can access your DVR and watch your recorded shows on mobile devices which results in even more data consumption.

The IoT now includes connected vehicles. General Motors has started rolling vehicles off the assembly lines with OnStar driven LTE hotspots. While this is a WiFi service inside the vehicle, it is a wireless service as you drive down the road. WiFi based IoT devices can connect to the outside world in a moving vehicle. More bandwidth needed for this application of services as well. At the 2015 Consumer Electronics Show Samsung announced that over the next few years all devices and appliances they manufacture will be IoT devices or IoT ready. Now your Samsung Washing Machine will connect to your Galaxy Smartphone. So will your TV, kitchen appliances, cameras, and home theater systems. If you outfit your entire home with Samsung devices they will all have the ability to talk to each other. As is the case in many industries, there is a leader and those who follow. There will be many more consumer electronics manufacturers who will follow suit. I would expect to see similar announcements from LG, Toshiba, Whirlpool, and other companies.

Smart Watches and other Wearable technology are a quickly growing category that will soon become a major player in the IoT. Once the Apple Watch enters the market this category will explode and create yet another significant group of connected devices. Samsung already has a smart watch and Motorola and many others have tried with and without success to gain entry into this category. LG, Pebble, and Casio have Bluetooth enabled smart watches available today. The ability to leave your smartphone in your pocket or bag and still retrieve text messages and emails is very attractive to the person on the go.

One final category I will cover is the Healthcare category or as it is called, mHealth (Mobile Healthcare). Connected Healthcare devices are not new. Home Dialysis machines that connect to an analog phone line and transmit data to a server have existed for many years. Now we are seeing the development and deployment of products that can be used outside the four walls of a traditional healthcare facility utilizing wireless networks to transmit their data. There are hub routers that connect to various Bluetooth devices such as Blood Pressure cuffs, weight scales, Pulse-Oximeters, Heart Rate Monitors, and CPAP machines that can convey data to apps in a smartphone. There are also stand-alone cellular embedded/wireless devices such as Blood Glucose Meters designed to utilize wireless networks to move healthcare data to the appropriate applications and destinations. This stand-alone category of healthcare devices will continue to grow and become more prevalent as insurance and service providers merge their use into their business practices. As I have illustrated, there are numerous product categories with dozens if not hundreds of devices and machines that all count as IoT connections. Each year, new IoT devices hit the market and many of these will add to the future strain on the existing wireless networks. In my opinion we are safe from network overload in 2015, but it is coming sooner than ever. Just use this year’s Super Bowl as an example. The major wireless carriers reported terabytes of data consumption in and around the stadium but there were no reports of outages or people on social media complaining they could not connect to a network. They may have experienced a slower than usual connection but many people connected to the net and moved massive amounts of data. In the coming years when every car in the parking lot is a mobile hotspot, your watch, your headset, your activity tracker, the digital display in the stadium, the paper towel machine in the bathroom, the parking machines in the lots and many other devices you will find at the event are IoT devices, then if you are a wireless carrier you should worry about the capacity and strength of your network. It’s coming, just not this year.

Cloud At The Edge

Edge Computing - Where Does It Fit Today And Tomorrow!

The Evolution of Digital Banking Landscape in Indonesia